The "remnant of her seed" (Revelation 12:17) has been entrusted by the Almighty God to give the present truth that the flock needs now, as well as to proclaim the last call of mercy to this fallen world. It is a token of God's long-suffering and compassion toward man. Come, is the invitation now given for all things are ready. This will be the final call to all people in the earth. Next will be the vengeance of an offended God. In these final days of human history, all who are working for God in this final movement will be blessed to reveal that the time we are now living and that we are heading for the final scenes. As prophesied, the 11th hour remnant church, directed by the Holy Spirit, will be the final church - the Seventh Day Remnant Movement. This is the church which prophecy declares will do the final work in the end. An SDR not only keeps and obeys the Law of God, but also understands prophecy -- NO other church does this today! 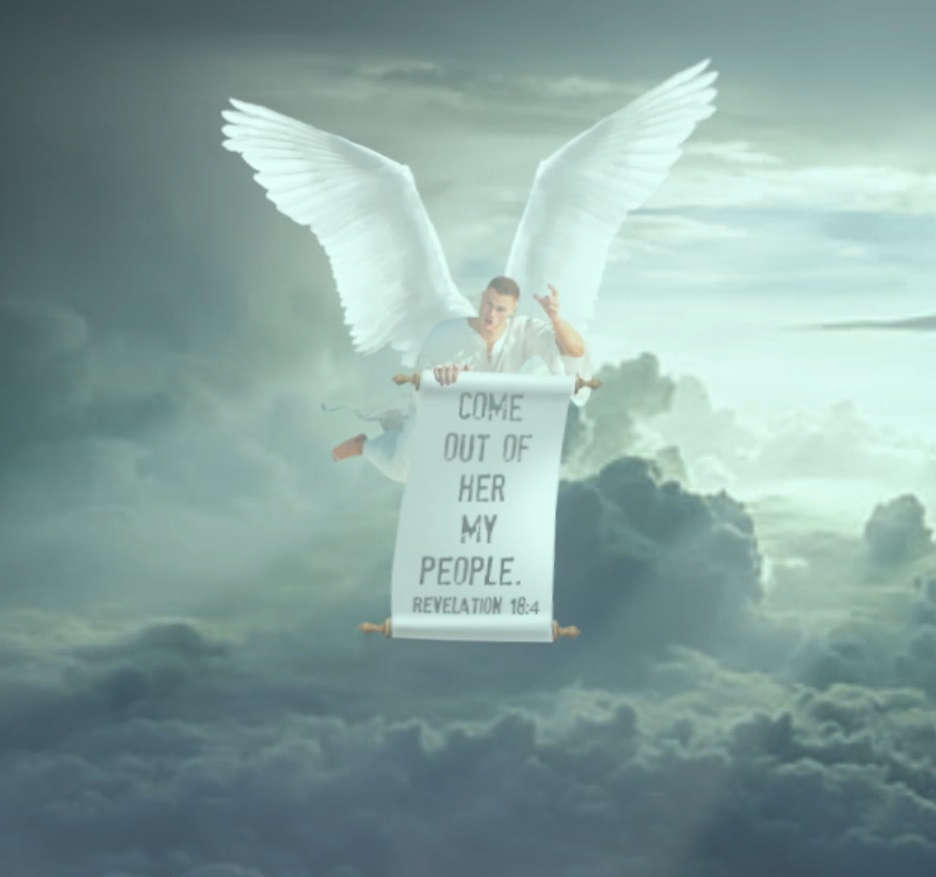 "Of Babylon at this time it is declared, "Her sins have reached unto heaven, and God hath remembered her iniquities." [Revelation 18:5.] She has filled up the measure of her guilt, and destruction is about to fall upon her. But God still has a people in Babylon; and before the visitation of his judgments, these faithful ones must be called out, that they "partake not of her sins, and receive not of her plagues." Hence the movement symbolized by the angel coming down from Heaven, lightening the earth with his glory, and crying mightily with a strong voice, announcing the sins of Babylon. In connection with his message the call is heard, "Come out of her, my people." As these warnings join the third angel's message, it swells to a loud cry." - The Great Controversy, page 422 (1884) {4SP 422.1}

"Men of faith and prayer will be constrained to go forth with holy zeal, declaring the words which God gives them. The sins of Babylon will be laid open. The fearful results of a union of Church and State, the inroads of Spiritualism, the stealthy but rapid progress of the papal power,--all will be unmasked. By these solemn warnings the people will be stirred. Thousands upon thousands have never listened to words like these. In amazement they hear the testimony that Babylon is the church, fallen because of her errors and sins, because of her rejection of the truth sent to her from Heaven." - The Great Controversy, page 424 (1884) {4SP 424.1}

"The remnant people of God are to endure persecutions. "And the dragon was wroth with the woman, and went to make war with the remnant of her seed, which keep the commandments of God, and have the testimony of Jesus Christ." They are to give the warning message against the power represented by "the beast." The prophet says of this power, which represents the Papacy: "There was given unto him a mouth speaking great things and blasphemies; and power was given unto him to continue forty and two months. And he opened his mouth in blasphemy against God, to blaspheme his name, and his tabernacle, and them that dwell in heaven. And it was given unto him to make war with the saints, and to overcome them; and power was given him over all kindreds, and tongues, and nations. And all that dwell upon the earth shall worship him, whose names are not written in the book of life of the Lamb slain from the foundation of the world." The remnant church of God are to give the warning of the third angel to the world: "If any man worship the beast and his image, and receive his mark in his forehead, or in his hand, the same shall drink of the wine of the wrath of God, which is poured out without mixture into the cup of his indignation." - Signs of the Times, June 18, 1894

Come Out Of her, My People!

That ye be not partakers of her sins, and that ye receive not of her plagues. For her sins have reached unto heaven, and God hath remembered her iniquities. - Revelation 18:4-5

Early in the Morning = the Jewish nation